IS THERE STILL A PLACE FOR MAGAZINES? 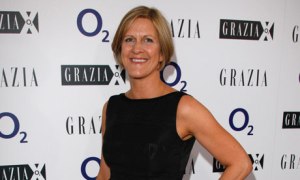 WHAT IS YOUR VIEW ON THE FOLLOWING ARTICLE BY JANE BRUTON?

Personally I wouldn’t try to read my magazine in the bath and bloggers are far from on the wane! It is good to have a choice, as some prefer the paper version and some cannot live without their ipads!

Here is what The Guardian reported on Jane Bruton’s view of bloggers vs magazines:

Grazia chief Jane Bruton has rejected the idea that the days of the printed glossy magazine are numbered, arguing it will always have a place in a world where “you can’t read an iPad in the bath”.

Bruton, editor-in-chief of the top-selling women’s weekly, said quality print magazines still have that added dimension that will save them from digital extinction.

“I think there will always be a place for magazines,” she told the Professional Publishers’ Association annual conference on Wednesday. “You can’t take the iPad into the bath. You can’t get that tactile feel and pictures are still not the same on the screen”.

She said that the magazine is still “streets ahead” of the internet in “crafting stories and adding tone and opinion” to target specific markets such as the “Grazia girl”.

“[Many of these] stories are out there [online], but we add spirit, tone and personality to reflect who our reader is and what she wants,” she said. “You can’t get that by typing a word into a search engine”.

Bruton is aware of this, pointing out that last November Grazia put its digital toe in the water and launched a quality iPad edition (“it’s not just pinch and zoom”).

“Content is still king and it is all about keeping the conversation going wherever your readers are,” she said. “But the magazine sets the tone across all our platforms. I personally would want the app and magazine, people switch depending on where they are. Mobile is really important and that is our next focus”.

She also said the meteoric rise of specialist bloggers a few years ago has bumped back to earth, with traditional journalists assuming the ascendancy again.

“Bloggers had a big impact in the fashion world,” she said. “Certainly two or three years ago they became increasingly important, getting [prime] seats at fashion shows [for example]. It seems to me … that there has been a bit of a resurgence and the fashion blogger thing has tapered off a bit. It tends to be journalists on magazines and newspapers who have the contacts to break the story. [Bloggers] are like our network of freelancers really”.

Charlie Turner, editor-in-chief of Top Gear, said he found that there is something of a myth to the idea that readers flit constantly between devices to consume content.

“Most people engage with Top Gear on a [primary] platform,” he said. “There is crossover [between devices], but most people have a preferred route. There is not as much crossover as you might think”.

I am a fitness and beauty blogger and love trying out new products and treatments! And I am interested in all things connected to optimum wellbeing and good health, be it nutrition, skincare products or exercise!
View all posts by thefabcompany →
This entry was posted in FAB Beauty, The FAB Company and tagged Beauty Bloggers, Grazia magazine, ipad, Jane Bruton, The Guardian. Bookmark the permalink.