I think I have finally cured my itchy flaky scalp!

After four years, of what I can only describe as hell, itchy scalp continuously, constant ‘snowflakes’ over my shoulders, some days worse than others. I have seen doctors, trichologists, holistic scalpists (not really a word) and spent a fortune on medication and products.

At least I know that I have what is called, lichen planus of the scalp, after being misdiagnosed as psoriasis for a long time, and that there is no cure. However, after experimenting a little, I have found that I have finally alleviated my symptoms.

Firstly, you need a good shampoo that is non irritant. After trying almost every organic brand on the planet and every brand from Head and Shoulders to Philip Kingsley, Bumble & Bumble to Johnson & Johnson, I then discovered Kerastase Specifique Dermo-Calm. 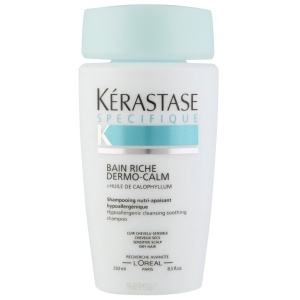 Kérastase Sensidote Dermo-Calm Bain Riche has been developed for dry, sensitive scalps to cleanse, refresh and hydrate. I certainly found it soothing but the serum that comes with this range was the real breakthrough.

Kérastase Sensidote Dermo-Calm Masque Serum has a calming, soothing effect which is suitable for sensitive scalps. It leaves the scalp feeling comfortable. At first it tingled, as I think it contains menthol or something similar. I applied throughout the day and it really started to take effect. 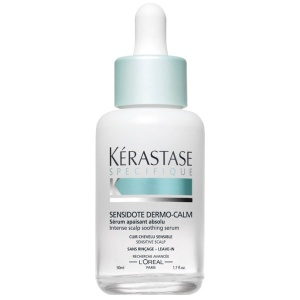 I then felt as though my scalp needed moisturising at night to soothe the dry patches, so experimented with a few oils that are most commonly recommended for dry scalp, coconut oil, olive oil and almond oil but none of them alleviated the itching, in fact it got worse as they can be occlusive. So after further research I discovered that Jojoba Oil is the one that most mimics the skin’s own sebum. 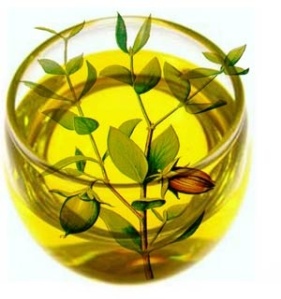 Jojoba oil is regarded as the oil that most closely resembles human sebum – the skin’s natural oil. Analysis of the molecular structure of Jojoba oil by Associate Professor Michael Wootton found that the oil was ‘remarkably similar’ to sebum. Jojoba oil is comprised of a mixture of wax esters and fatty acids whereas sebum is composed of triglycerides, wax esters and fatty acids. The similarities between the two mean that it is highly unlikely for a reaction to Jojoba to occur. In fact, the oil is deemed so safe that it is recommended by the Victorian Department of Health as a treatment for nappy rash or cradle cap on newborns.

Then the final piece of the cure was maintaining healthy hair and regular scalp massage. I was lucky enough to be given a brand new hair brush by Michel Mercier.

So what is different about this brush?

After years of research into the brushing process, the innovative Michel Mercier brush was born. An exclusive patent involving 428 bristles positioned at different heights with a unique geometric distribution, the brush helps to disperse the pressure placed on the hair during brushing, resulting in easier detangling, reduced hair loss and breakage, and a far more pleasant brushing experience overall.

The brush is available in three color-coded models to suit different hair types: fine, normal and thick, so no matter what your type, thanks to this revolutionary brush everyone everywhere can ‘untangle their day’ with the Michel Mercier detangling hairbrush.

For those who know the pain of brushing, look no further. The Michel Mercier Brush works perfectly with all hair types, from dry colour damaged hair to thick European, Afro and Asian hair textures. Gone are the days of tugging until the brush handle breaks, it glides smoothly through wet or dry hair, curly or straight, and is even gentle enough to tackle hair extensions and real or synthetic wigs.

Not only did I find this easy to use with no pulling my hair out when brushing, but I also used it to ‘brush’ my scalp, giving it a gentle massage and helping to stimulate the circulation.

For the moment, all of the above as helped calm my scalp and alleviate my problem. Fingers crossed that it doesn’t return!